10 Steps of Divorce: Part 5 What does Child Custody look like in NC? 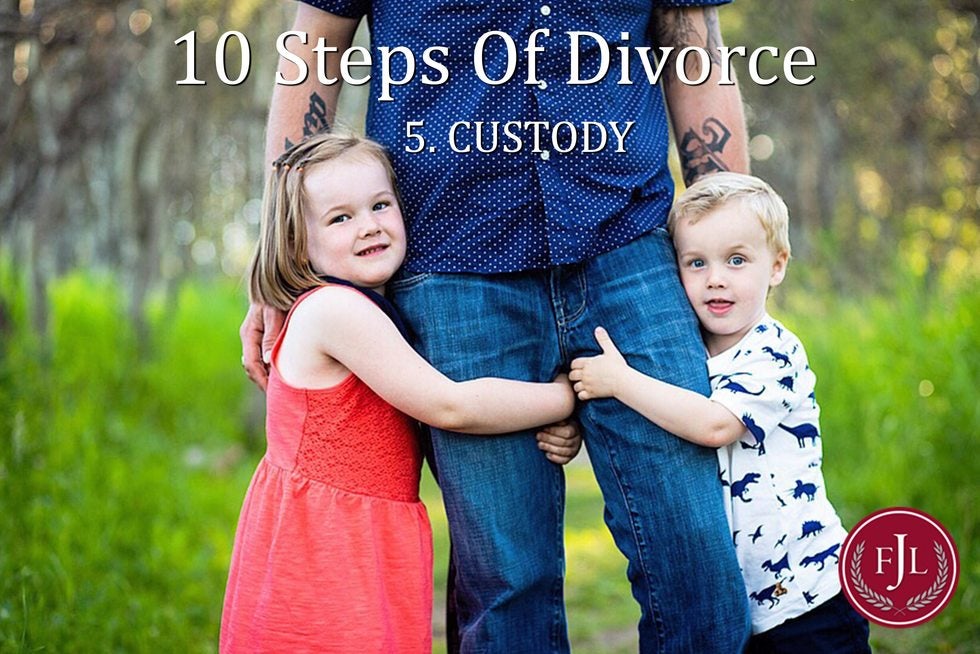 Custody is a very sensitive subject and oftentimes the part of the divorce process that elicits the most emotions, and rightfully so. When we talk about custody we need to talk about the different types of custody that can be granted, who can file for custody, how custody is determined, and some of the assumptions that are made surrounding custody in North Carolina.

Much like any other matter involving children, it is important to remember that the court's sole intention is to create an order that is in the best interest of the children based on the facts that are presented. For the interest of this article, we will focus on custody as it pertains to the divorce process. If you are going through a divorce and you can agree on how you will co-parent your child/children it is not a requirement to get the court to order you a custody order. Oftentimes this is not the case and the first step for any custody process will result in a co-parenting class as well as mediation to encourage both parties to create an agreement without the court. Remember when filing for Custody you are asking the court to make a determination on what is best for your child and therefore the mediation process should be taken very seriously.

What are the different types of custody that can be granted?

Legal Custody pertains to the legal status a parent has over the decision-making process for a child. These decisions are usually pertaining to decisions like Religion, Education, and Medical Decisions.

Physical Custody is usually granted to the individual with whom the child physically resides. Joint physical custody while rare is still a possibility, but oftentimes as children get older and school and other social aspects make it hard for any child to reside in two households therefore Physical Custody is usually awarded to the party where the child lives a majority of the time.

The parent who does not get granted Physical Custody is then awarded Visitation which can be as often as agreed upon by the parties and then made official by the court. This is also known as Joint Legal Custody. Both parties have the legal right to make a decision for the best interest of the child, most of the time these decisions are meant to be with both parties' approval.

Sole Custody refers to one parent being granted both Legal and Physical Custody. The other party will sometimes be awarded visitation but not receive legal custody to make any decisions.

Who can file for custody?

Either parent can bring forth a motion for Custody including any step-parent who has legally adopted a child. North Carolina also allows grandparents to file a motion for visitation rights.

How custody is determined?

It is the court's responsibility to make a determination based on all the facts that are provided to grant custody with the individual that they feel would best promote the child's best interest and welfare.

To determine which parent would best be suited there are certain factors that the court will look at such as:

I understand that these are only a few answers and that every situation is different so an answer for one person might not apply at all to someone else. If you have any more questions regarding the divorce process, your order, or if you feel your order is being violated make sure to contact your lawyer. If you do not have any current representation and have additional questions please feel free to reach out to me and I will do my best to find you the answer.

Completing this form does not create an attorney-client relationship.

Thank you for contacting us. We will get back to you shortly.

Please complete all required fields below.

Here at Jerkins Family Law, we are focused and deliberate in fighting for a better solution for you. Do you need a skilled and passionate attorney to protect what matters to you the most? Then Jerkins Family law is ready to navigate you to a perfect solution to serve your legal needs.